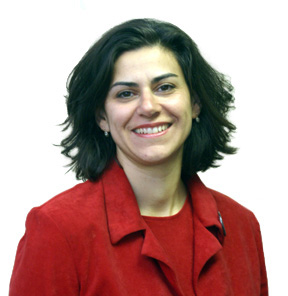 Marianne began her career as a health educator in sport, fitness and recreation leadership. After various roles in government, community and education she brings together diverse sector knowledge, community networks and experience to her working partnerships.

Marianne has been a government employee, a high school guidance counsellor, a Member Legislative Assembly of Manitoba, a community development worker, and community organizer, as well as a college instructor and university contract faculty.

The common thread through her diverse work has been the social and ecological determinants of health.  She has evolved from focusing on what makes healthy individuals to what creates healthy organizations, systems and healthy communities.  She can share methods that link individual empowerment with social innovation to transform systems for a more equitable, sustainable and peaceful world. She has developed tools and methods that she can share with you and your group to engage community in participatory governance and social change.

Marianne has degrees from the University of Manitoba, Bachelor Physical Education (now Kinesiology) and Bachelor of Education.  She completed additional graduate course work in education psychology, counselling, and health education.  She has a certificates in Conflict Resolution from Mediation Services, Training for Trainers, Volunteer Management plus other relevant training in stages of change and motivational interviewing, story based strategy, distributive organizing and more.

Honored to be selected as one of 150 Trailblazers by the Nellie McClung Foundation in recognition of 150 years of Manitoba history as a province. Here is the link of all women trailblazers and nominees. https://www.nelliemcclungfoundation.com/mb-150-trailblazers

Thanks to Gisele Saurette for nominating me. Here is the nomination summary. There are so many people who deserve recognition for their work to make our province a more equitable and fair society, people like Gisele.

Marianne has been a trailblazer in Winnipeg most notably through the naming of the Marianne Cerilli Trail in recognition of her work to create healthy communities and a sustainable city.  As the youngest female MLA ever when elected, she led many initiatives. Including the rehabilitation of a former contaminate site, protection of tall grass prairie, and prevented unsustainable transportation investments, all to spark creation of the Transcona Trail Association.  After many years and trails later the trail naming in Transcona.

Her firsts, as a young women, began in the 70’s when she was a record setting athlete and at only 17 was teaching adult fitness for the City of Winnipeg Parks and Recreation.  She went on to start recreation and fitness programs with high school friends at the East St Paul Community Centre.  She showed leadership at a young age with the Manitoba Track and Field Association as a summer student, with Mini-University, Target Fitness at the University of Manitoba, including as a fitness consultant, and coordinator at the Max Bell Centre.

A clerical error that delayed her teaching diploma diverted her to volunteer management with the Provincial Government after graduating from UofM.  In 1988 she was back on track to be a leader in sport and recreation when she coached a few champion athletes at Tec Voc High School where she was a guidance counsellor. But her life took a political turn.  From a political family, she had been helping on elections since she first came to Winnipeg in 1968. And had become the constituency president in 1986 for MLA Muriel Smith’s constituency association.  She was encouraged and mentored by Muriel. And managed Glen Murray’s canvassing and election day in 1989 when he was first elected to Winnipeg City Council. Marianne was elected MLA Radisson in 1990.

As a young MLA Marianne was known for her feminist views and work to address all types of inequality and environmental ignorance.  As an “opposition critic” she was not content to merely condemn the government, she saw herself as an elected activist who worked to steer policy and development in a more sustainable direction.  Stopping the Assiniboine Diversion, ground water contamination from dangerous hog farms and plants, clear cutting and logging in parks, hazardous waste and pollution management, urban sprawl and many other issues that drive climate change.  She also worked for years in housing advocating; for rent regulation, social and affordable housing, tenant rights, and public investment into poverty reduction through quality affordable housing, and innovation into energy efficiency.  Many of the policies she championed later were implemented. For example, she advocated to bring workplace harassment and bullying under Workplace Safety and Health legislation, or to examine the impacts of hormone replacement therapy on women’s health.

After leaving the legislature Marianne, was determined to bring what she had learned about government to the grassroots in communities so she started Marianne Cerilli – Change Agent, consulting in community development.  She also taught courses in women politics, health education and other areas at both universities.  At U of Winnipeg she organized other contract faculty to unionize and negotiated their first collective agreement.  She became an Advocate Mentor at the West Central Women’s Resource Centre and mentored local women in advocacy, particularly in securing their rights though the creation of the HOMES Program.  This program was recognized by Status of Women Canada as one of the top five women’s leadership programs they funded in Canada.  She founded the Winnipeg Rental Network, EIA Advocates Network and help establish other groups like Make Poverty History Manitoba.  She led the charge to fix the beloved Sherbrook Pool.

The community development expertise Marianne honed in recreation, fitness and sport, as an MLA and community practitioner brought her to Red River College as an instructor in the CD/CED Program.  There she improved the student enrollment by 70% and shared her experience with dozens of students before heeding the call to return to the community.  Marianne has now established her Change Agent role as a fulltime consultancy where she spreads community development for health, sustainability and peace where ever she goes. www.mariannecerilli.ca